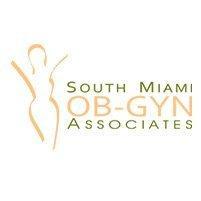 Minimally invasive surgical procedures avoid open invasive surgery in favor of closed or local surgery with less trauma. These procedures can often be done vaginally or involve use of laparoscopic instruments. Laparoscopy allows observation of the surgical field through an endoscope or similar device, and is carried out through small incisions in the skin to allow access into the pelvis or abdomen. This may result in shorter hospital stays, or allow outpatient treatment.

Minimally invasive surgery should have less operative trauma for the patient than an equivalent invasive procedure. Hospitalization time is shorter and the procedure causes less pain and scarring and reduces the incidence of post-surgical complications, such adhesions. Many laparoscopic procedures are considered to be relatively painless and, at worst, associated with mild discomfort. Complications are not common (only 5% of all operations).

The daVinci system is a robotic operating system, approved by the U.S. Food and Drug Administration for gynecologic surgery in 2005, is one of the newest technologies available for the treatment of gynecologic problems including hysterectomy and ovarian surgery for cancer and other conditions such as pelvic organ prolapse. The daVinci system offers all the benefits of laparoscopic surgery along with increased precision and effectiveness. Patients undergoing laparoscopic procedures typically experience less pain, have fewer instances of infection and recover more quickly than those undergoing open surgery.

Our doctors perform a wide variety of gynecological procedures including:

How The Robotic System Works

The robotic system consists of two interactive mechanical arms, a camera arm, a three-dimensional image processing system and a remote control unit. The unit is located in the same operating room as the patient. As the surgeon manipulates the remote control unit, the motions of the surgeon are translated to the robotic arms. Each robotic arm consists of multiple appendages connected by joints. The "hand" of the robot holds interchangeable surgical instruments that can be moved in a manner similar to a human wrist. At all times, a second surgeon is positioned at the operating table to assist with exchanging the instruments on the robotic arms.